In 1994, the Army Corps of Engineers completed work on the Floodwalk, a brutalist barrier that protects the city of Richmond from the surging waters of the James River. Photographer Michael Beller and I decided to explore it on cold December morning.

In order to get to the Floodwalk, there is a bit of travel. The approach was lined with massive oxidized rings (an installation by sculptor Joshua Wiener. After going over a rail yard and passing under the hulking Manchester Bridge, we approached the wall itself. 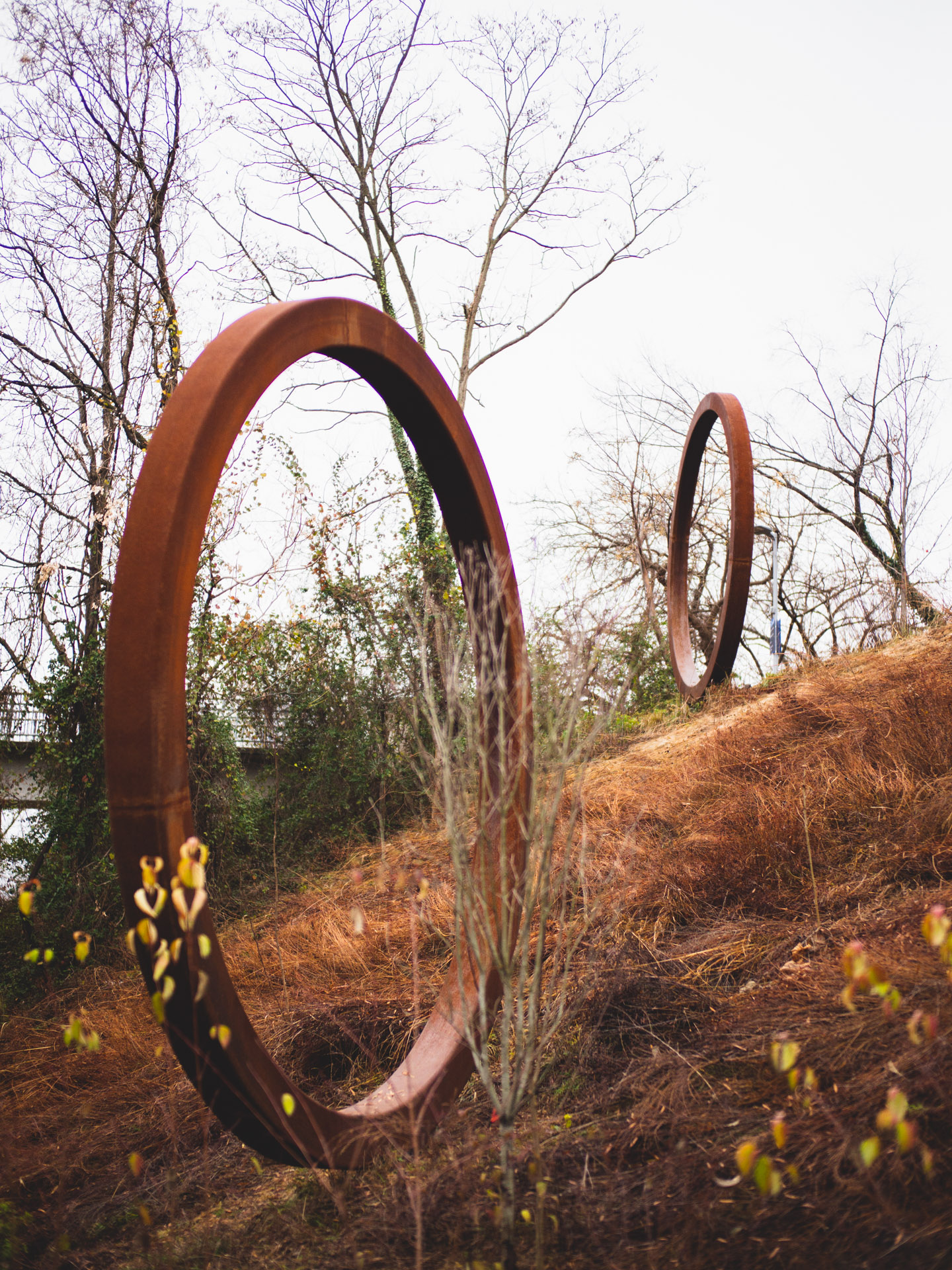 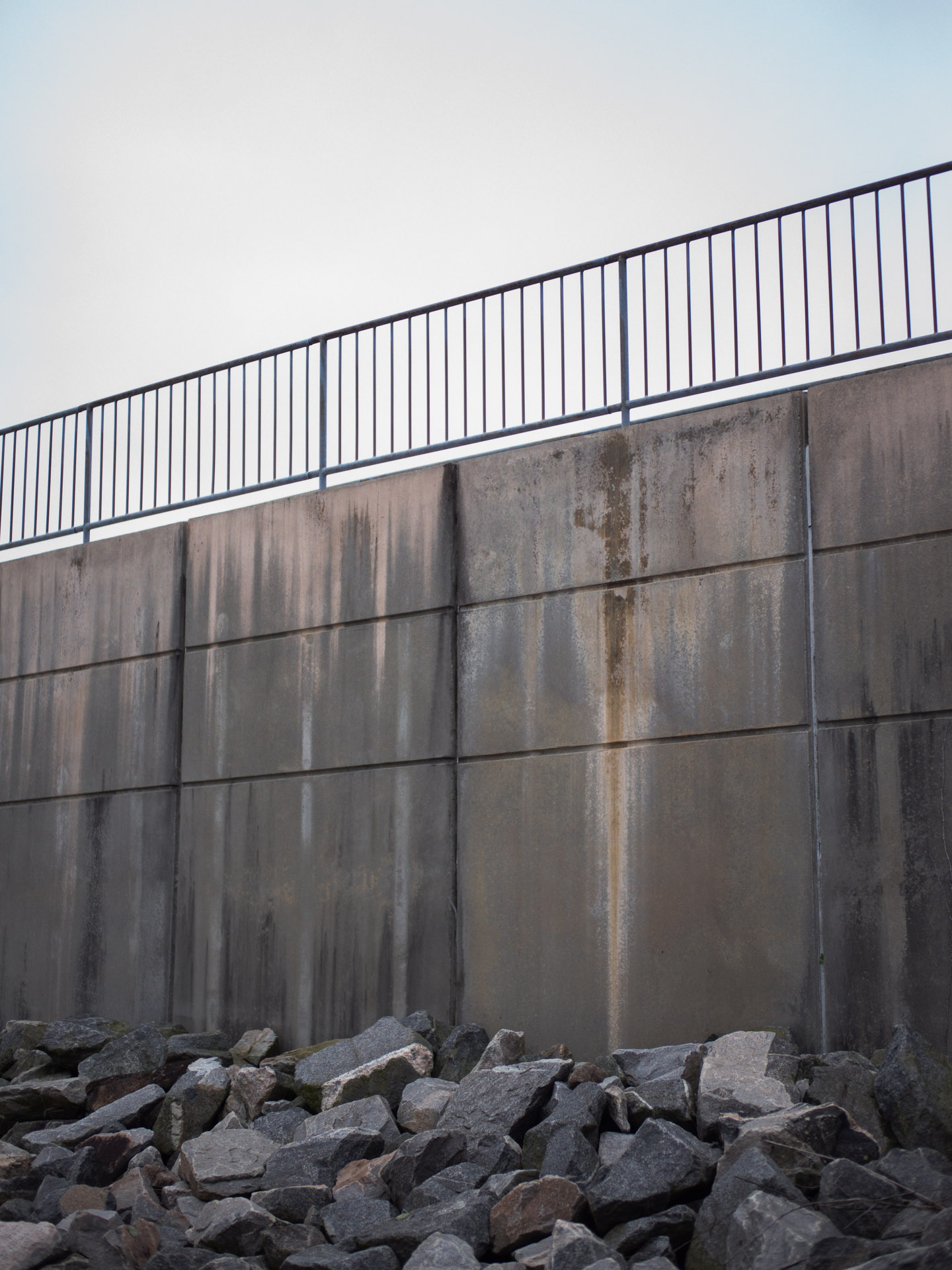 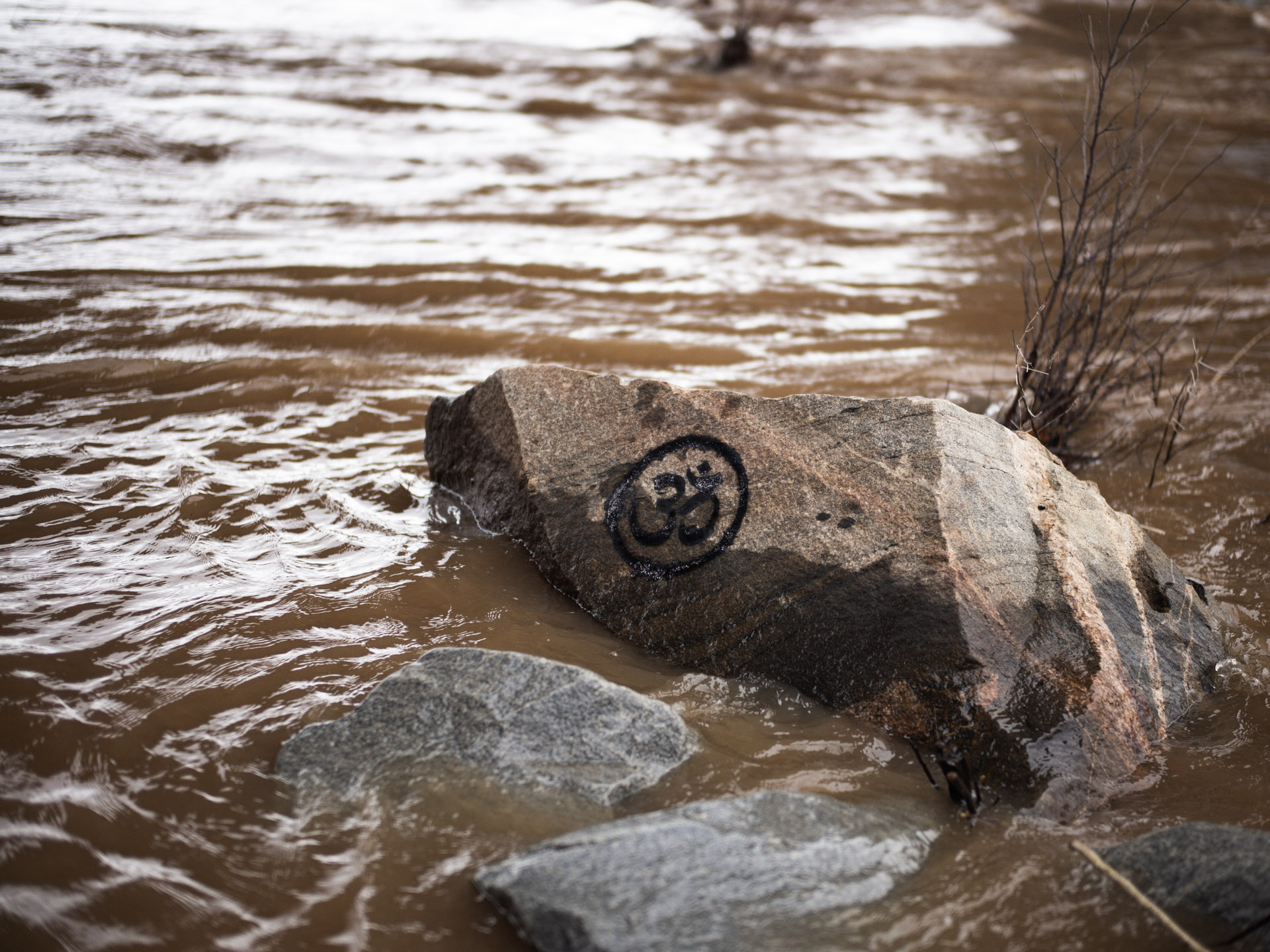 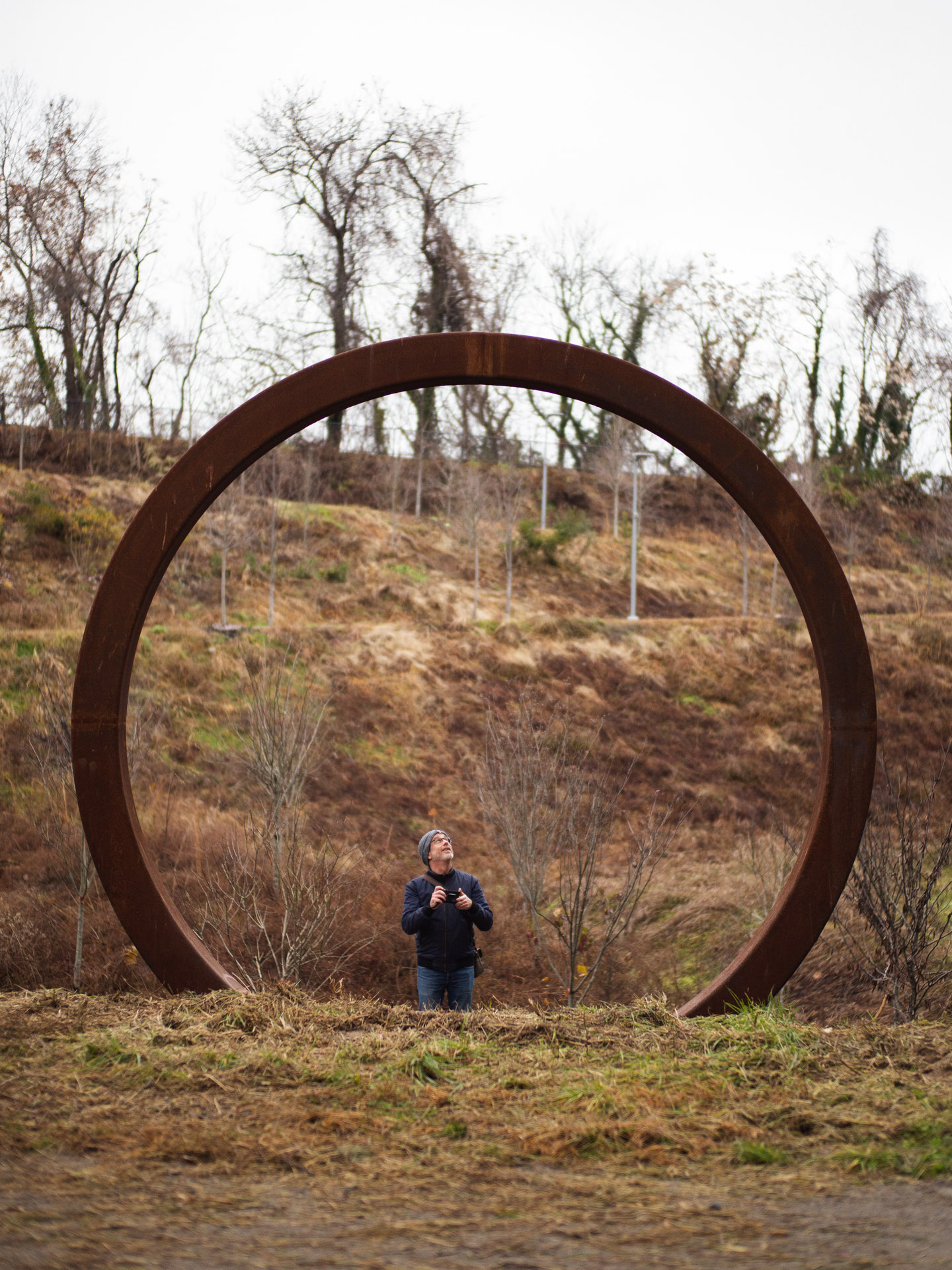 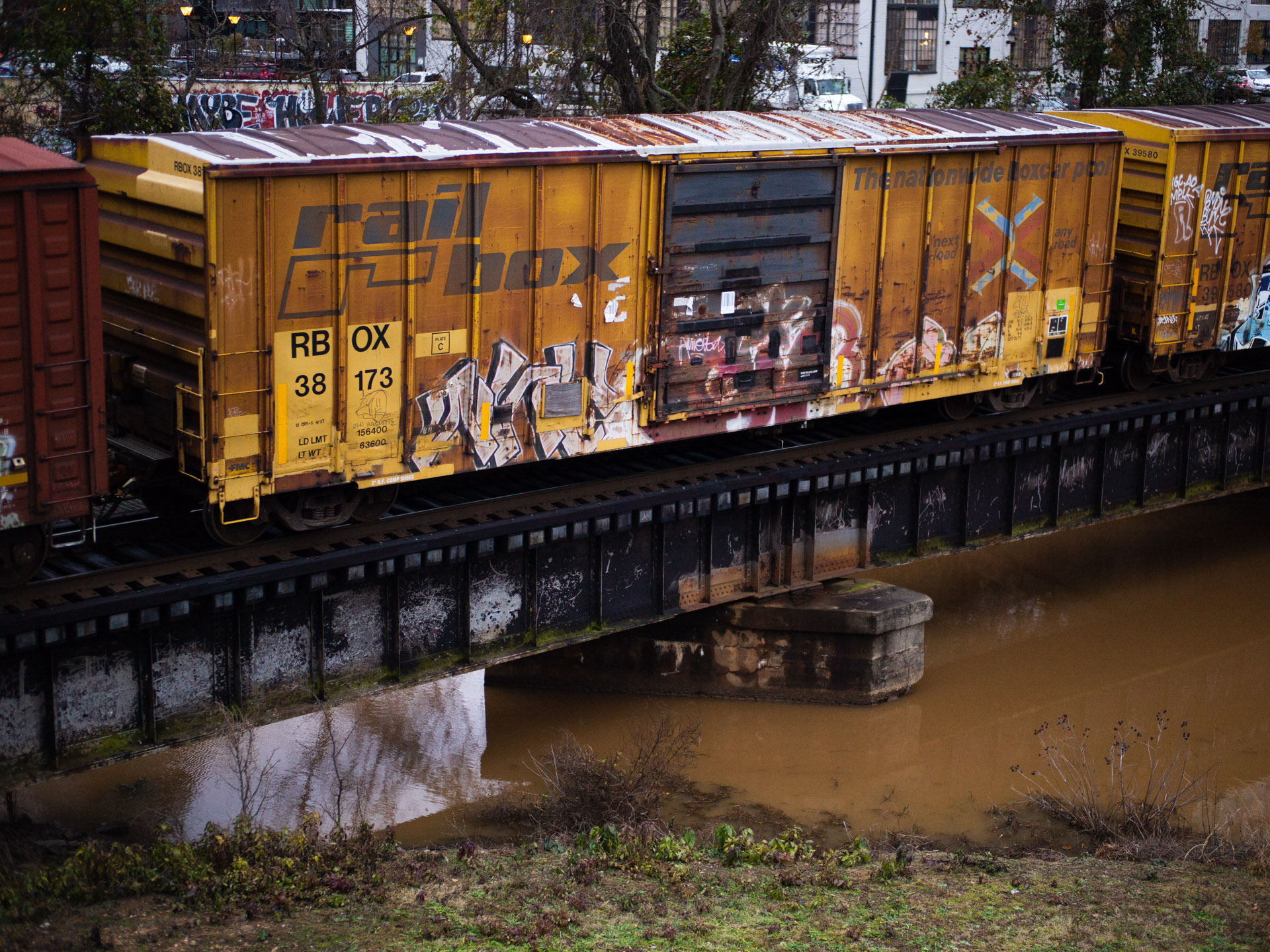 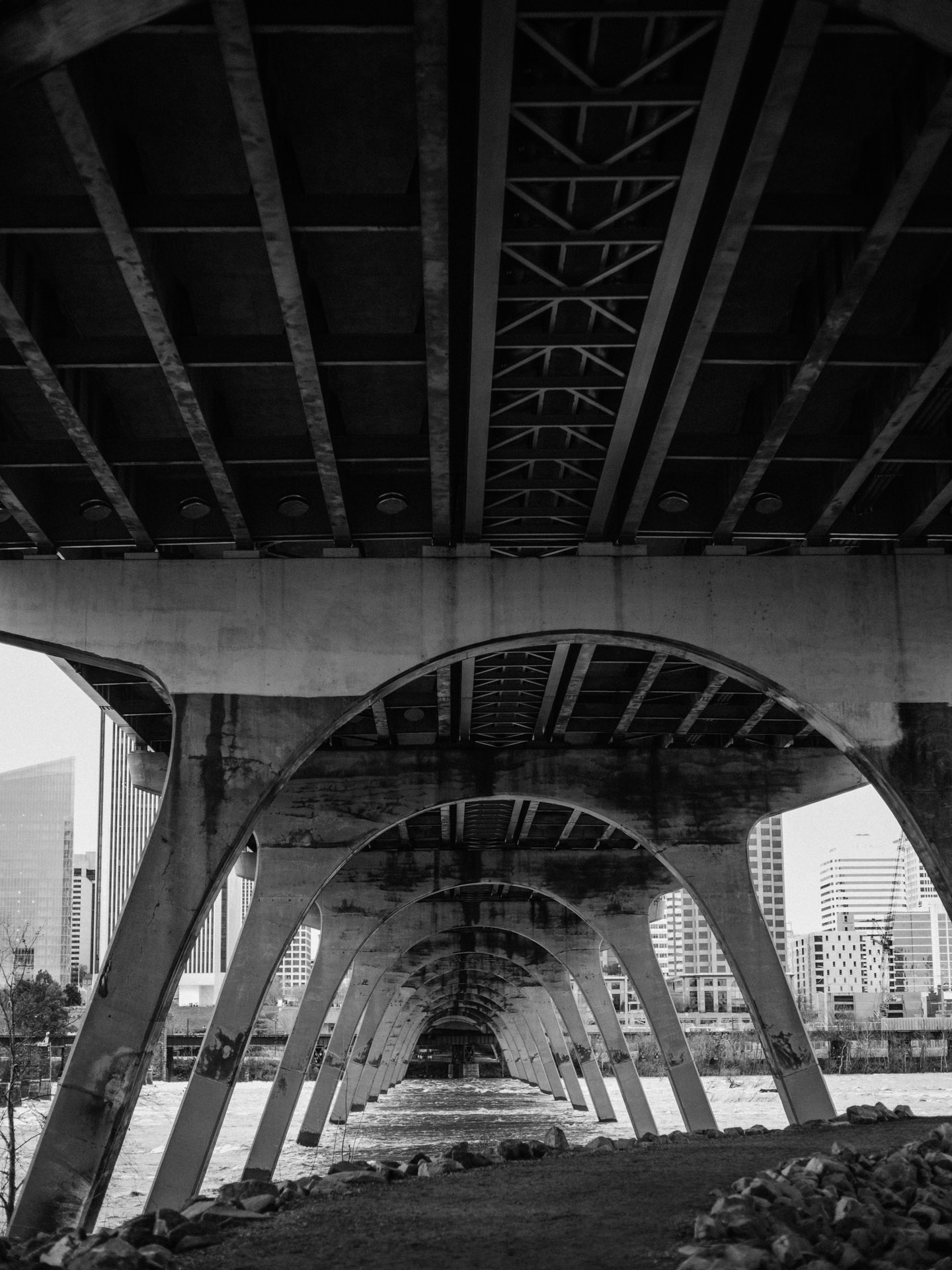 Once on the wall, we were able to grasp the full scope of the project. A 30 foot tall concrete barrier running over 3 miles of the riverbank and protecting 750 acres of land. From the top of the wall, we could see a decaying warehouse just to the west. Curious (and a bit cold) we decided to climb down and have a look. 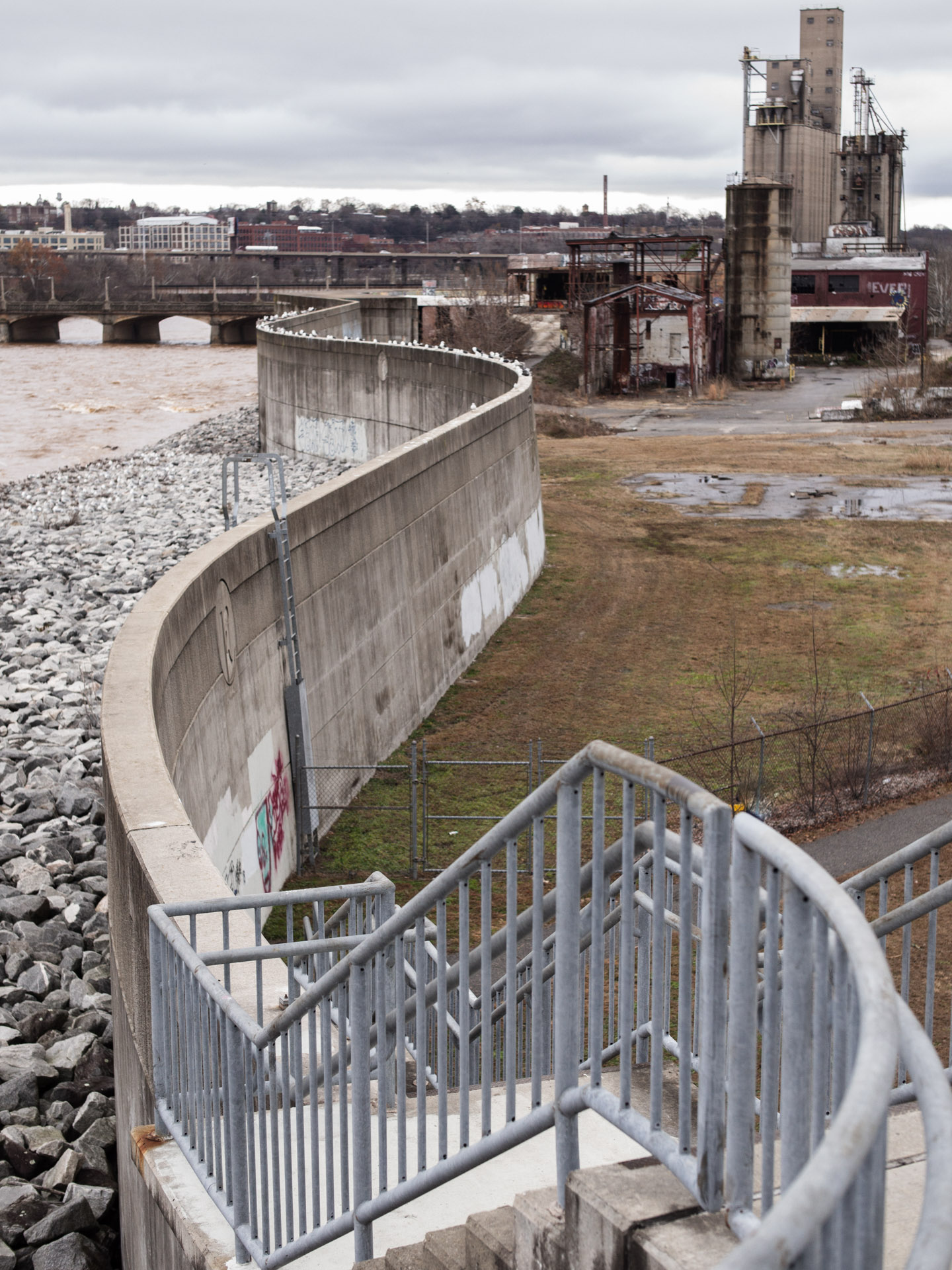 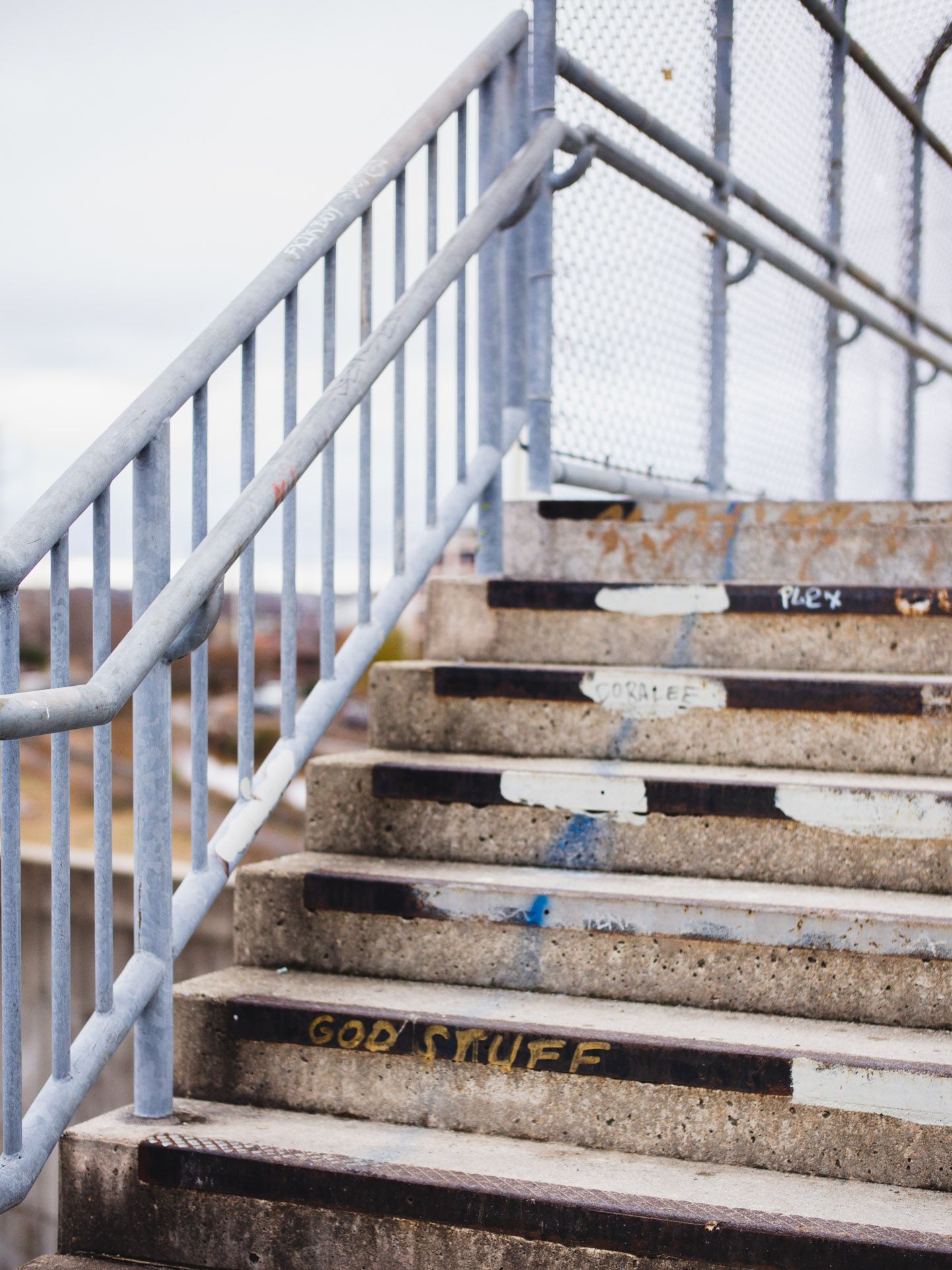 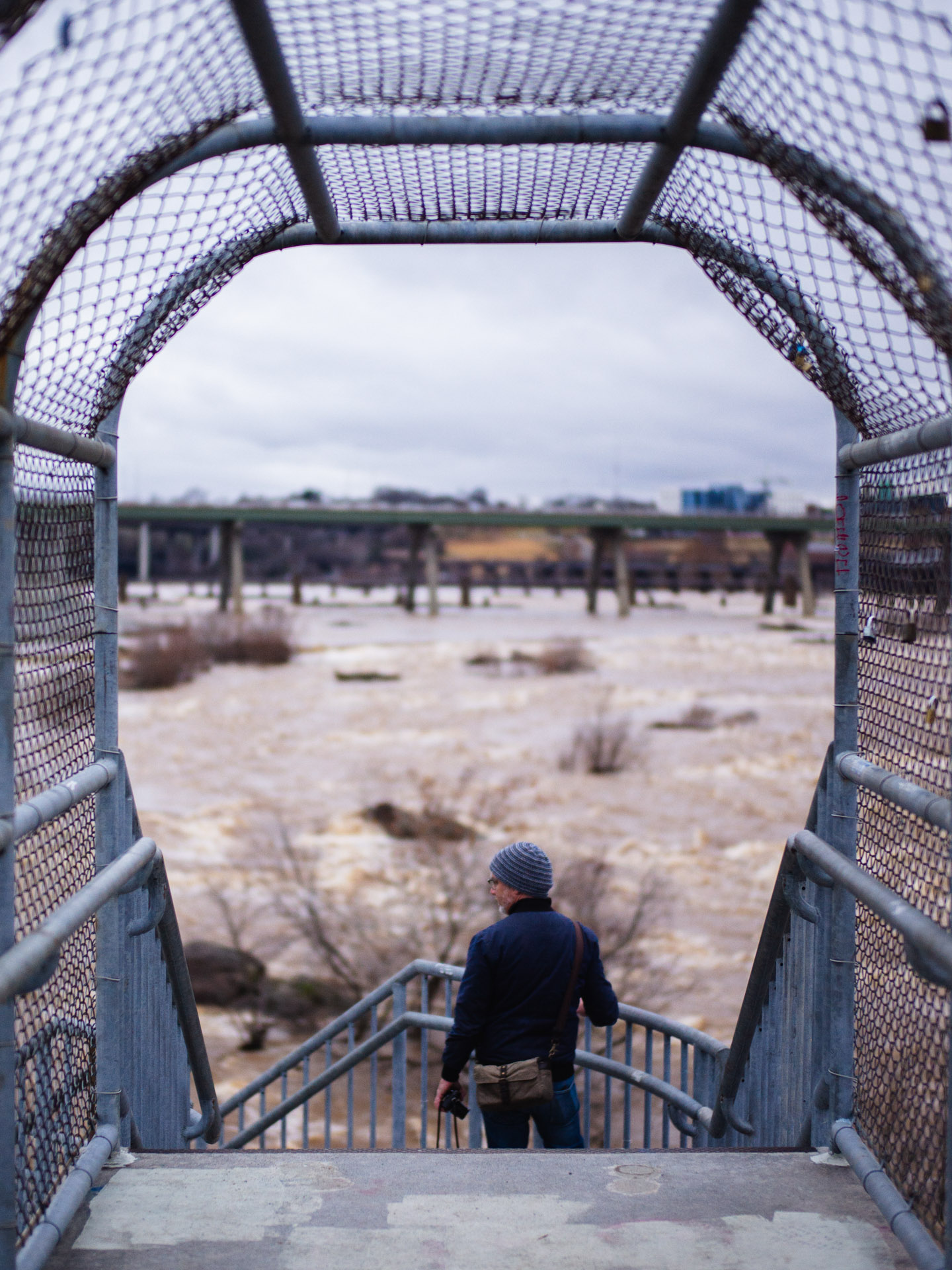 Abandoned for decades, the warehouse was clearly marked for demolition. But it was a photographic opportunity too good to pass up, so we snuck through a collapsed area fence and had a look. 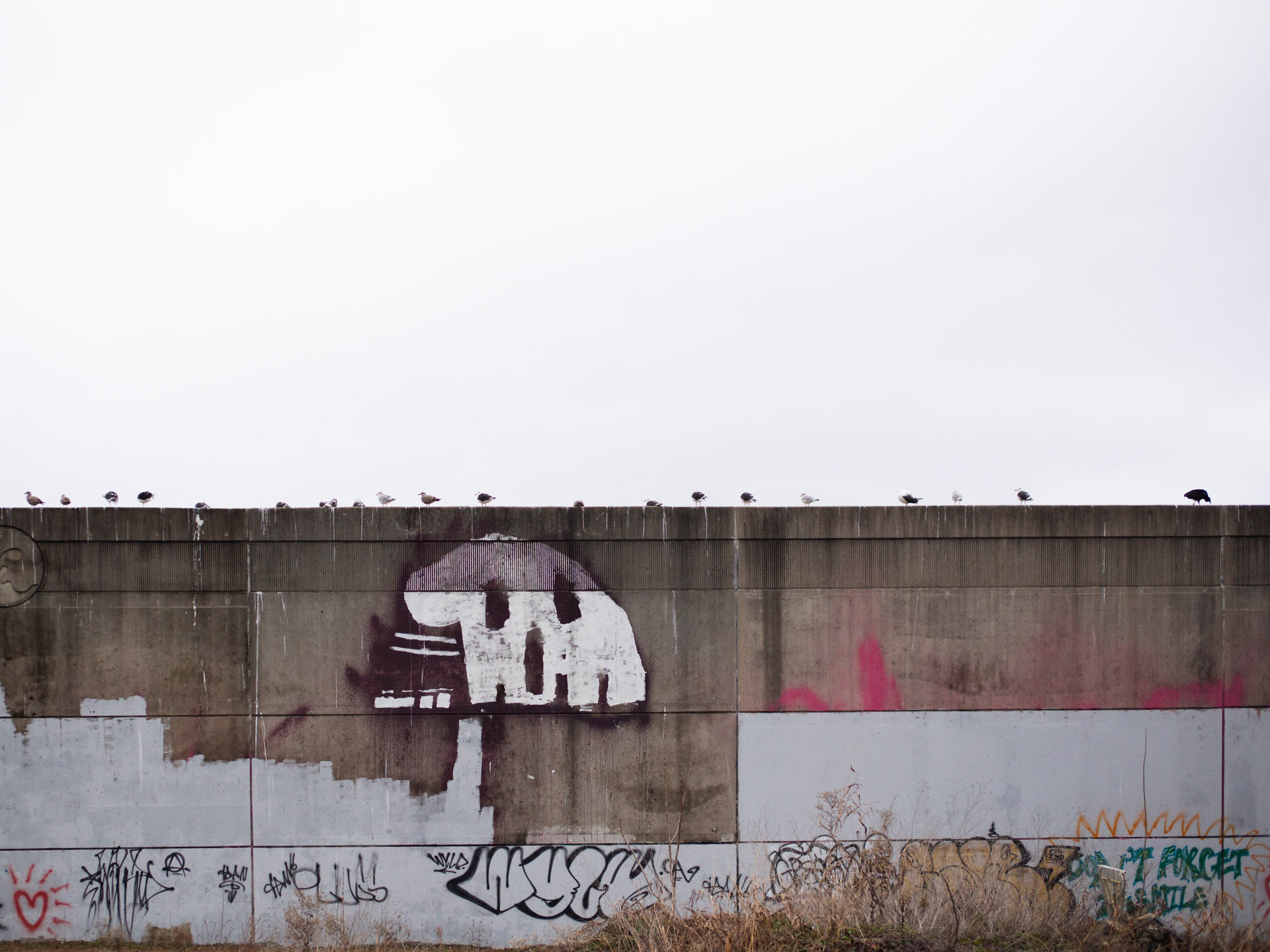 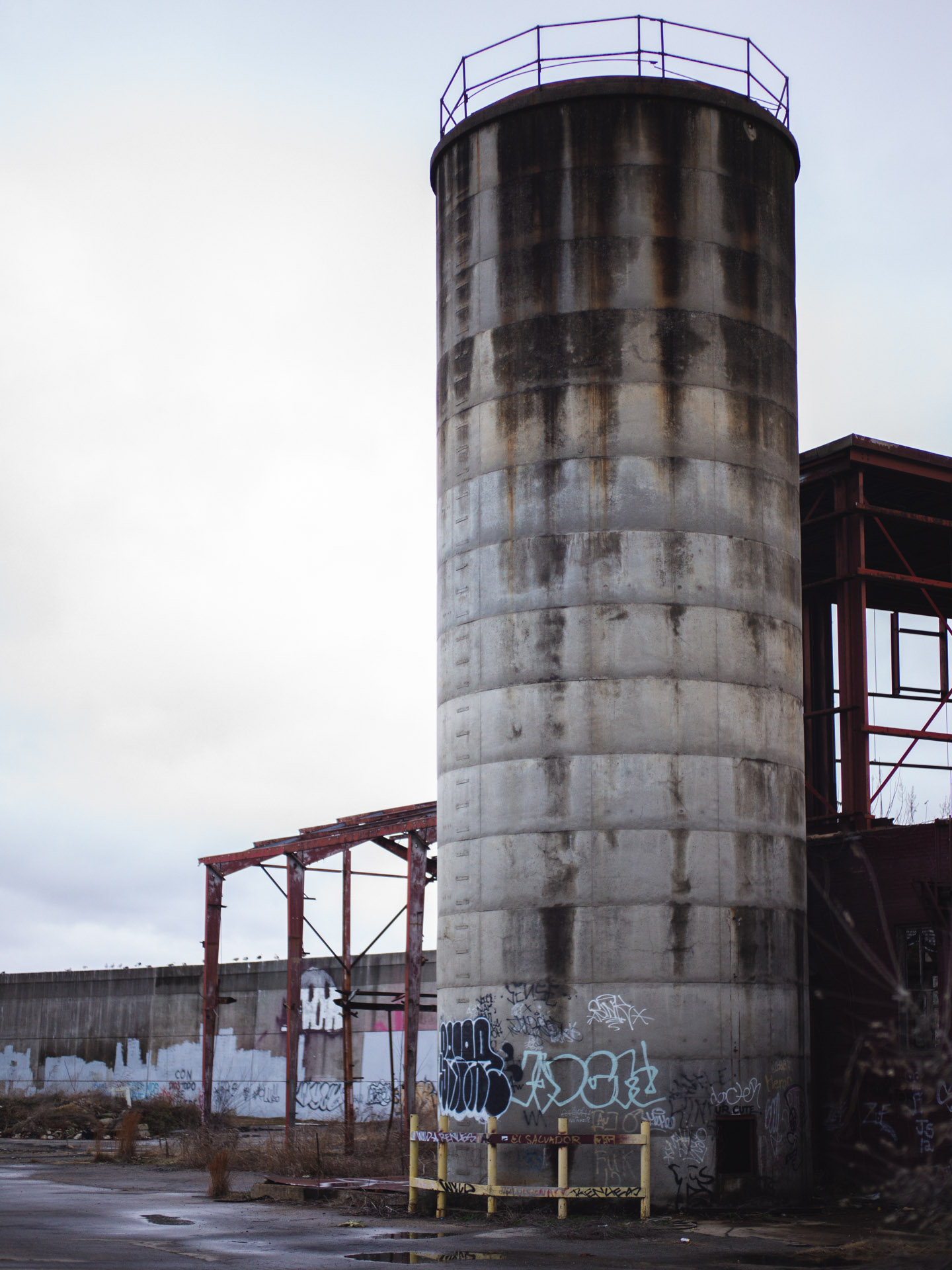 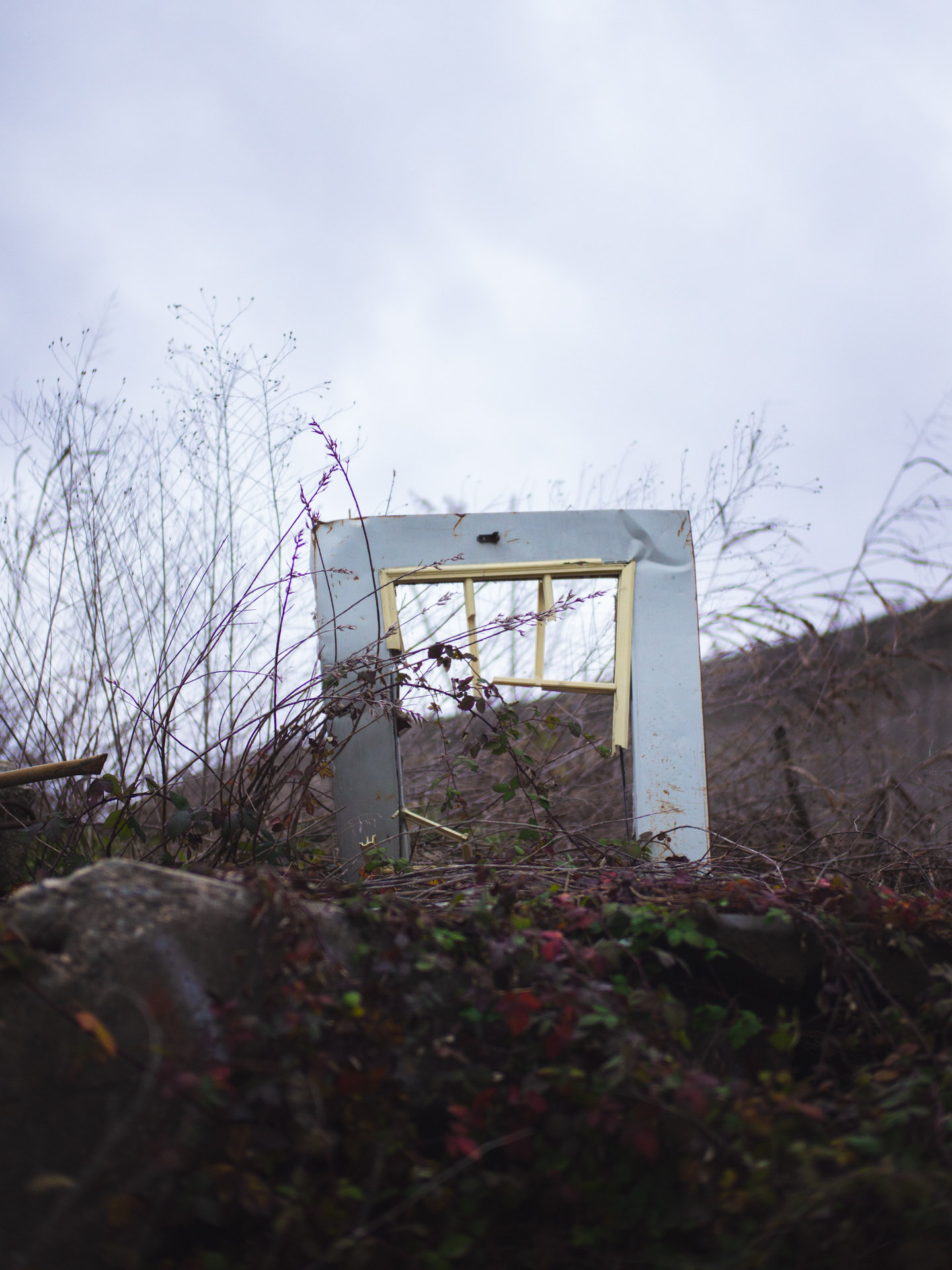 It was in a true state of decay. We meandered over makeshift bridges, around holes in the floor, careful not to disturb the current tenants and moved deeper inside. 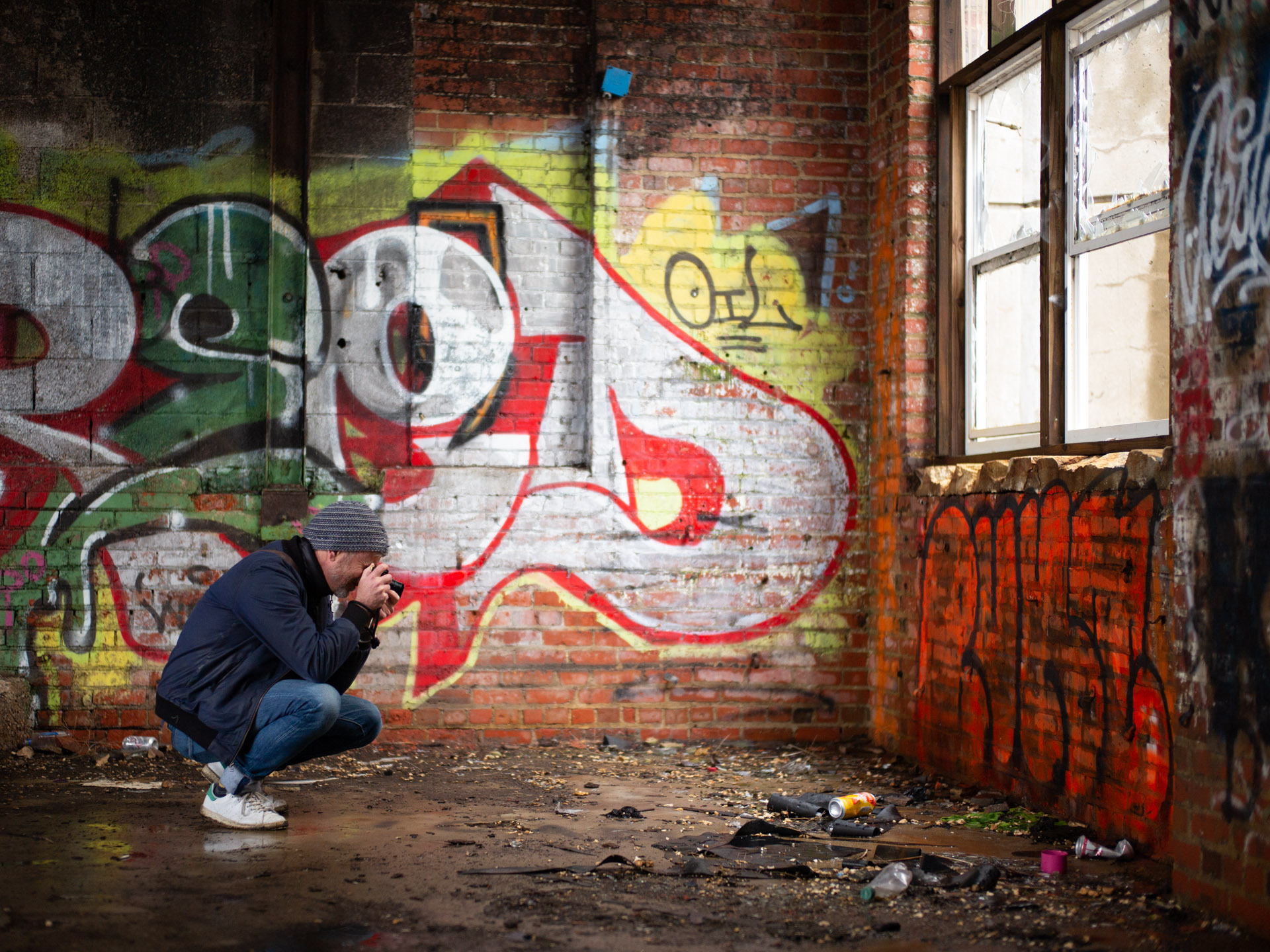 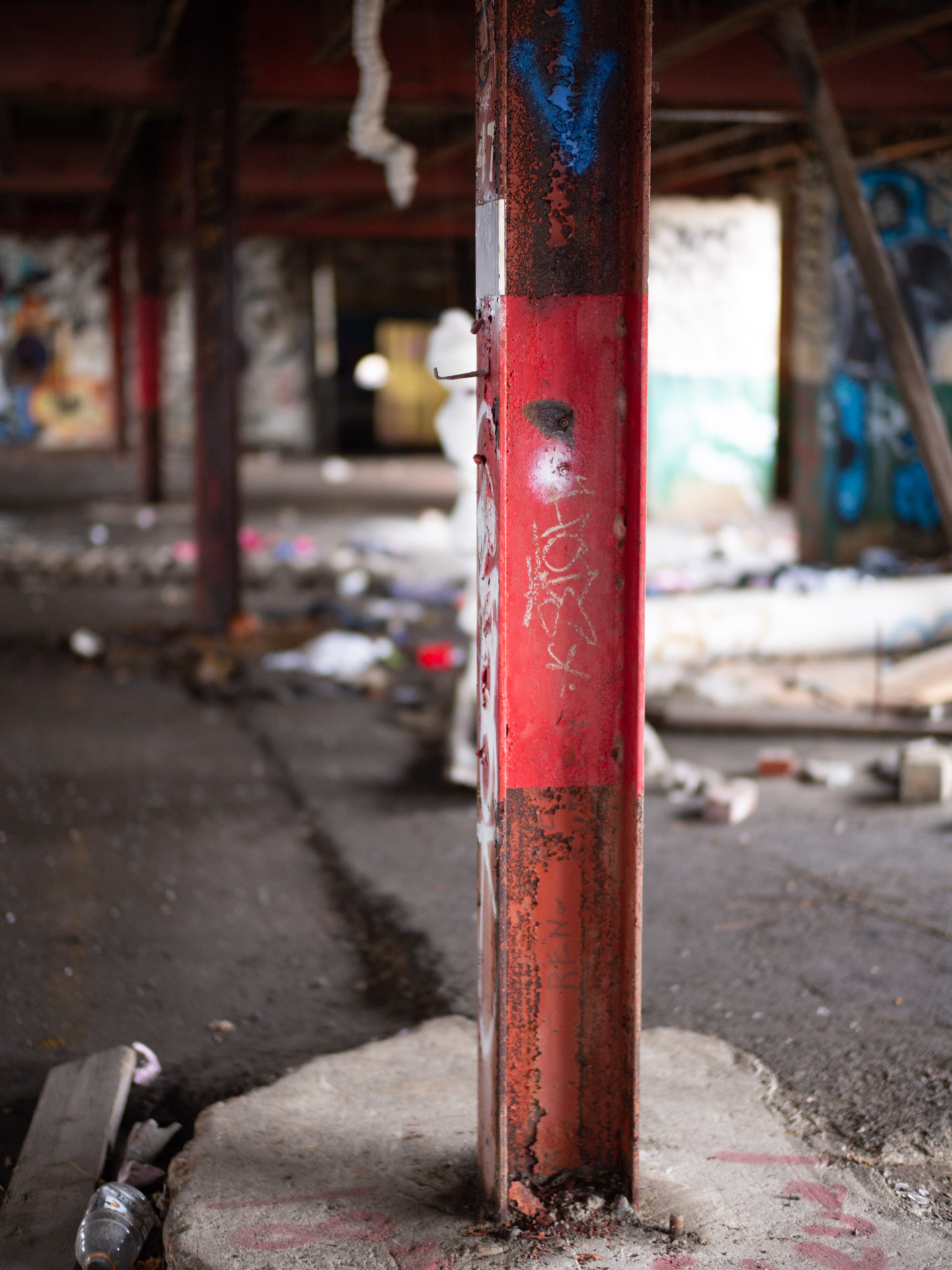 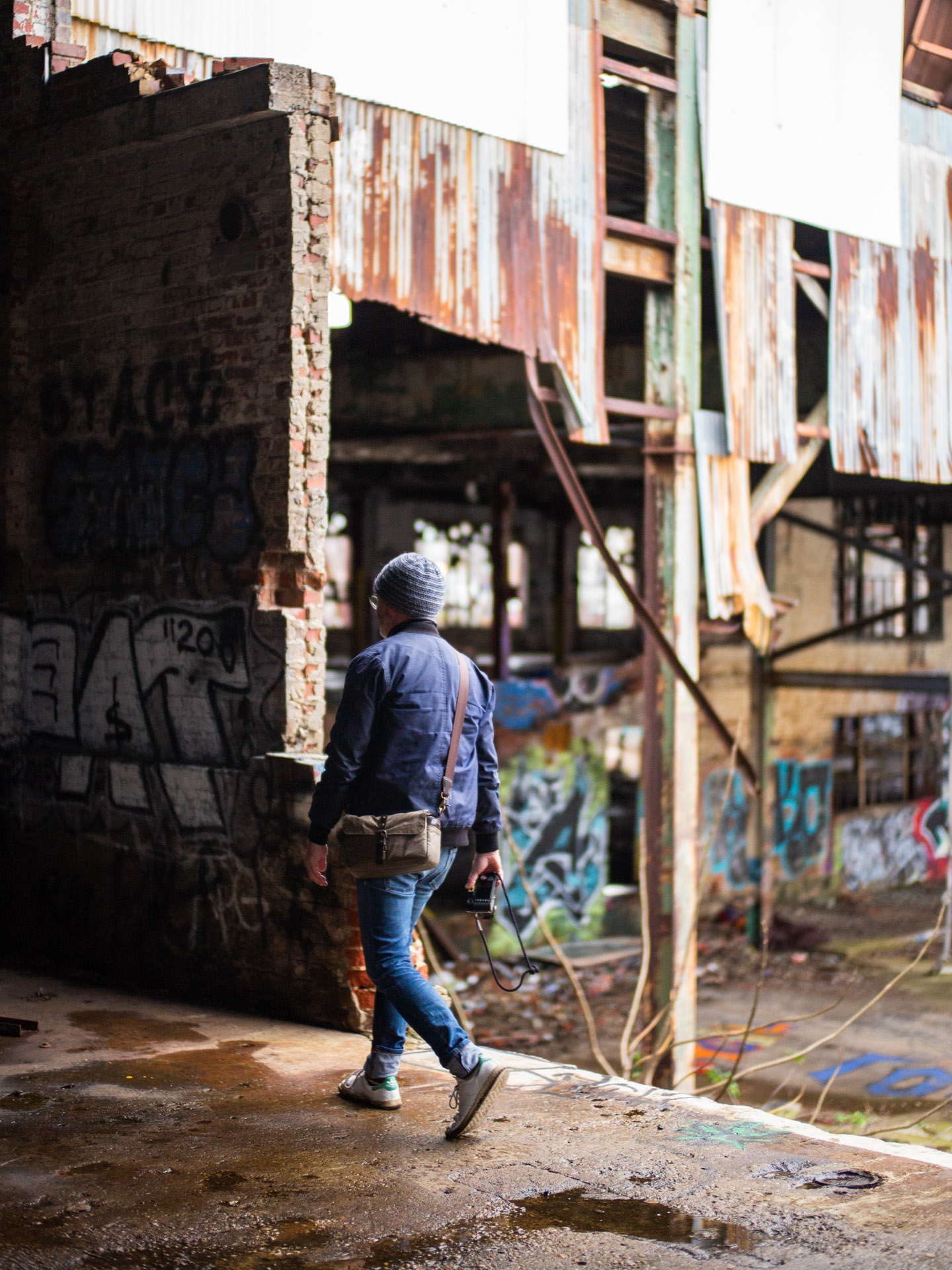 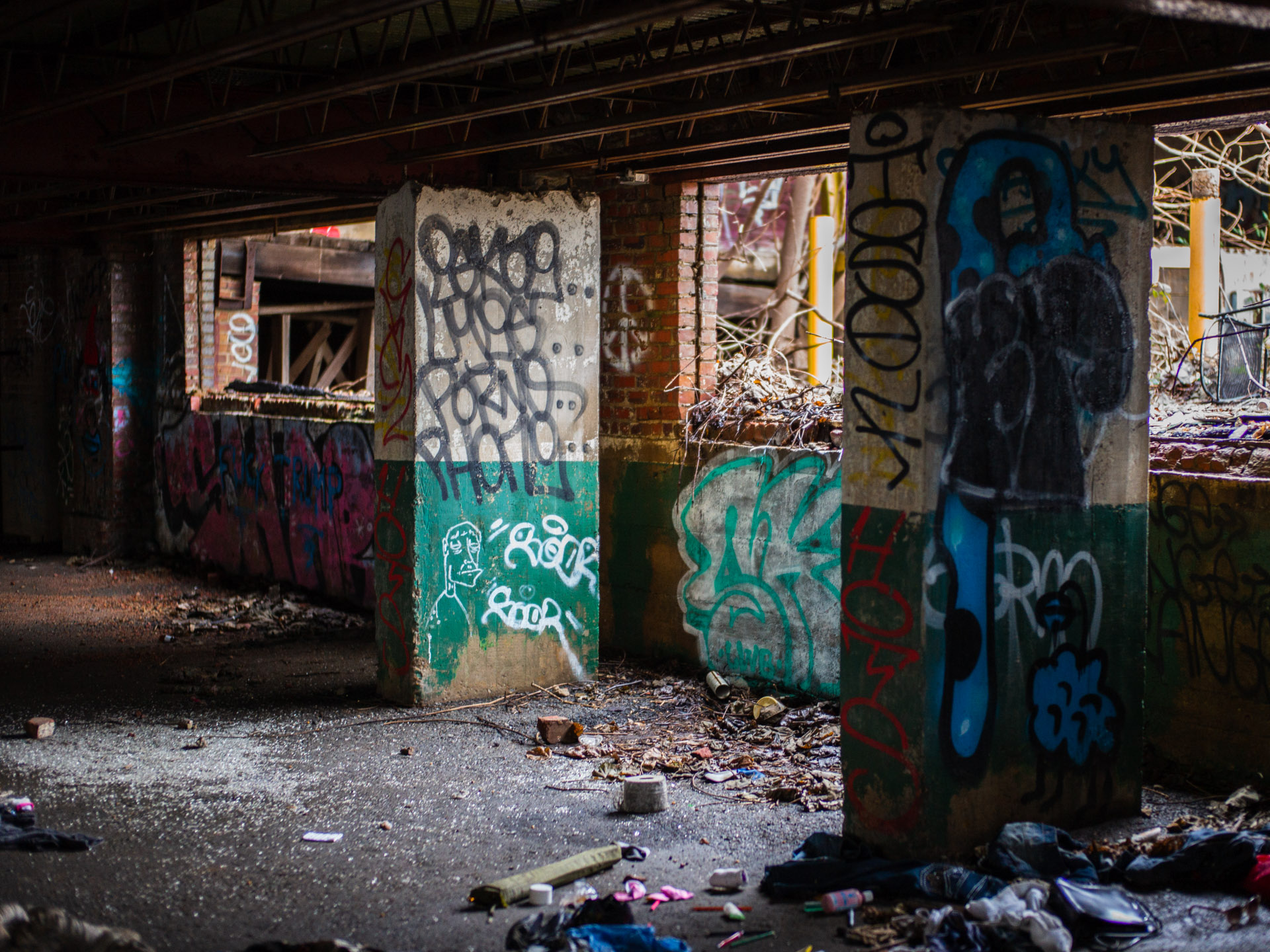 Near the center of the structure, we found a crumbling wall letting in diffused light, perfect for a portrait test. We couldn’t resist. 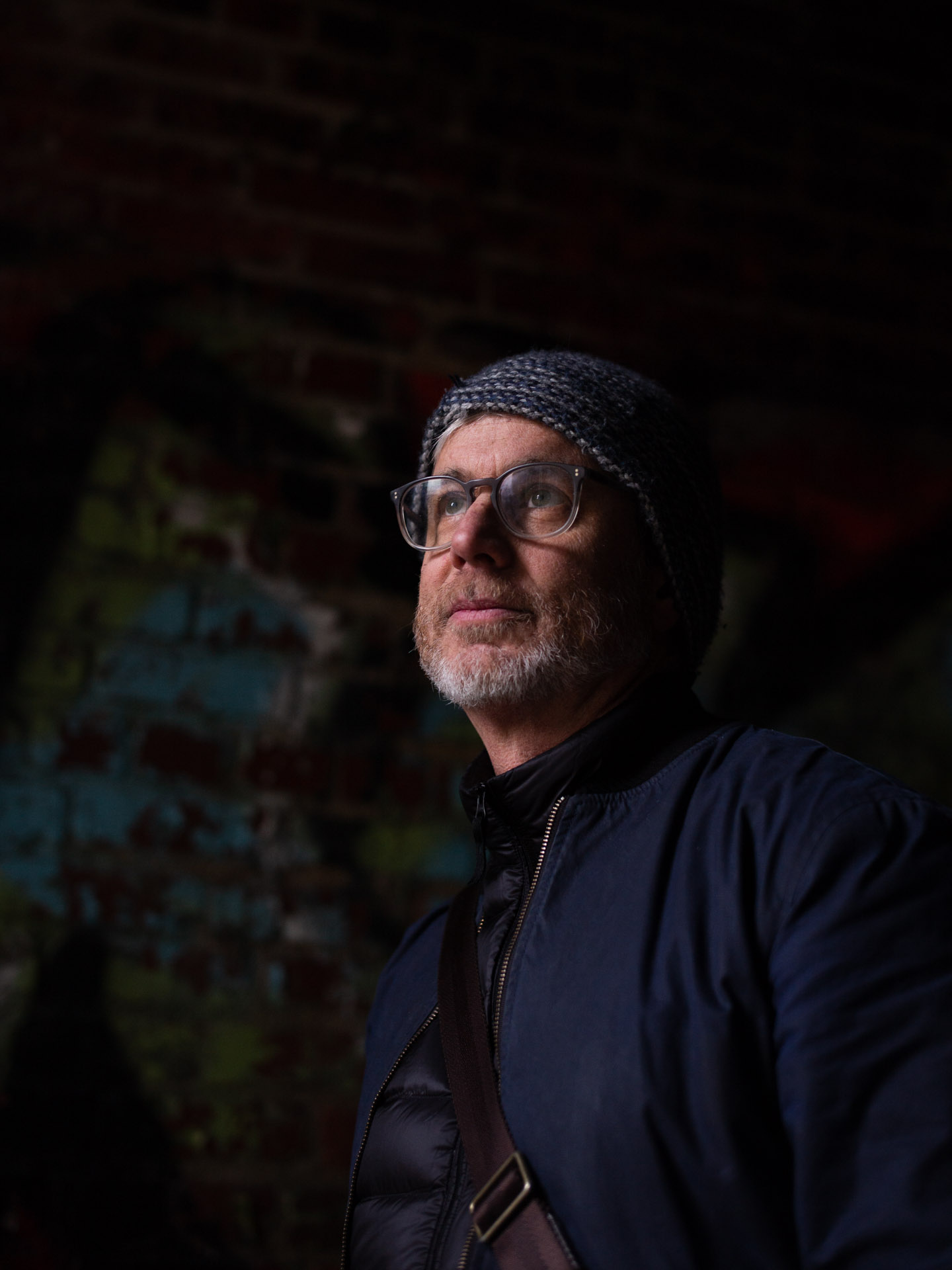 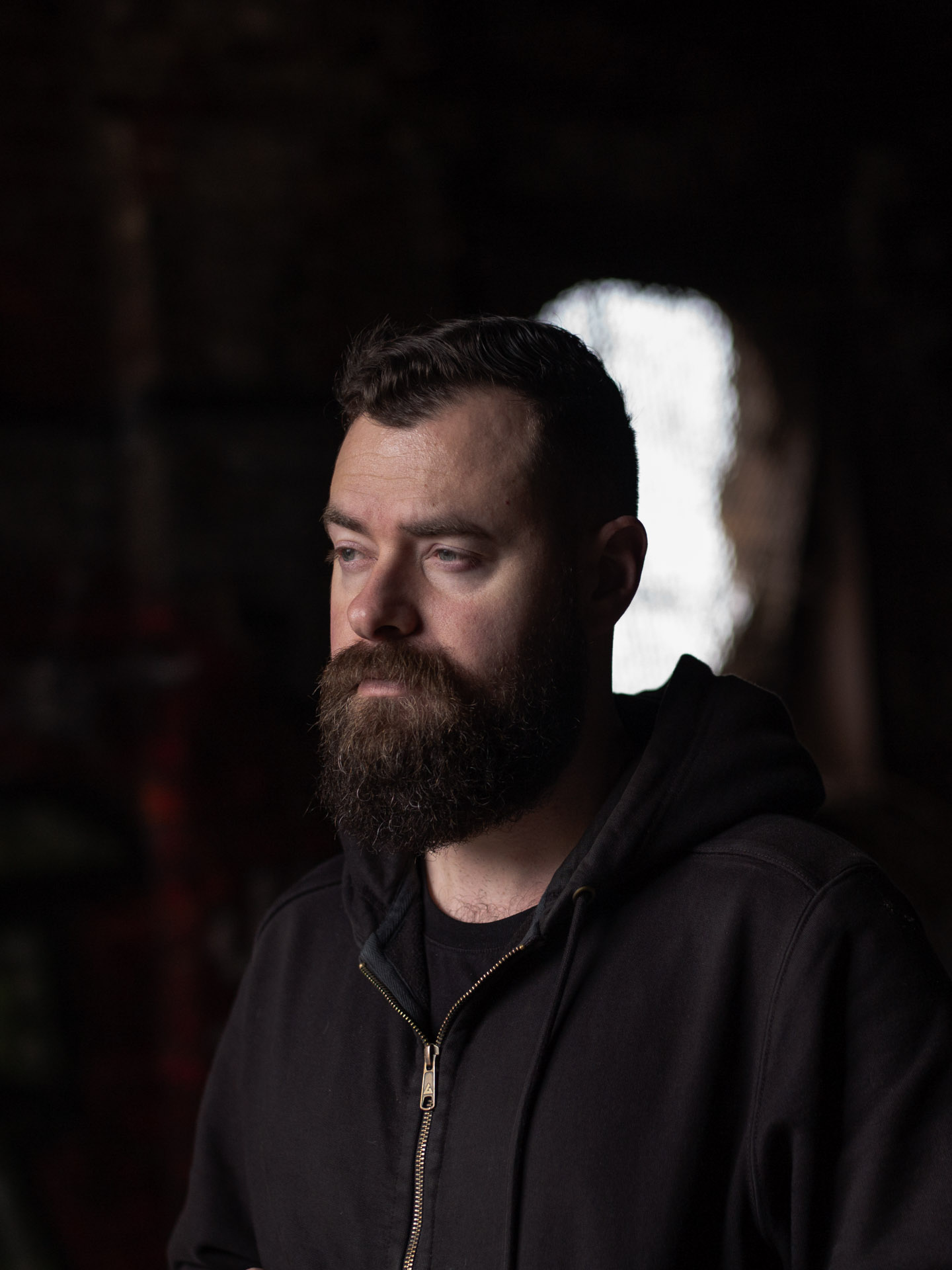 A portrait test in the factory lighting.

Deep in the interior, we took note of just how poor the structural condition was. Brick fell away from the columns and rust ate through steel beams. But, even in this crumbling state, there was something beautiful about it. 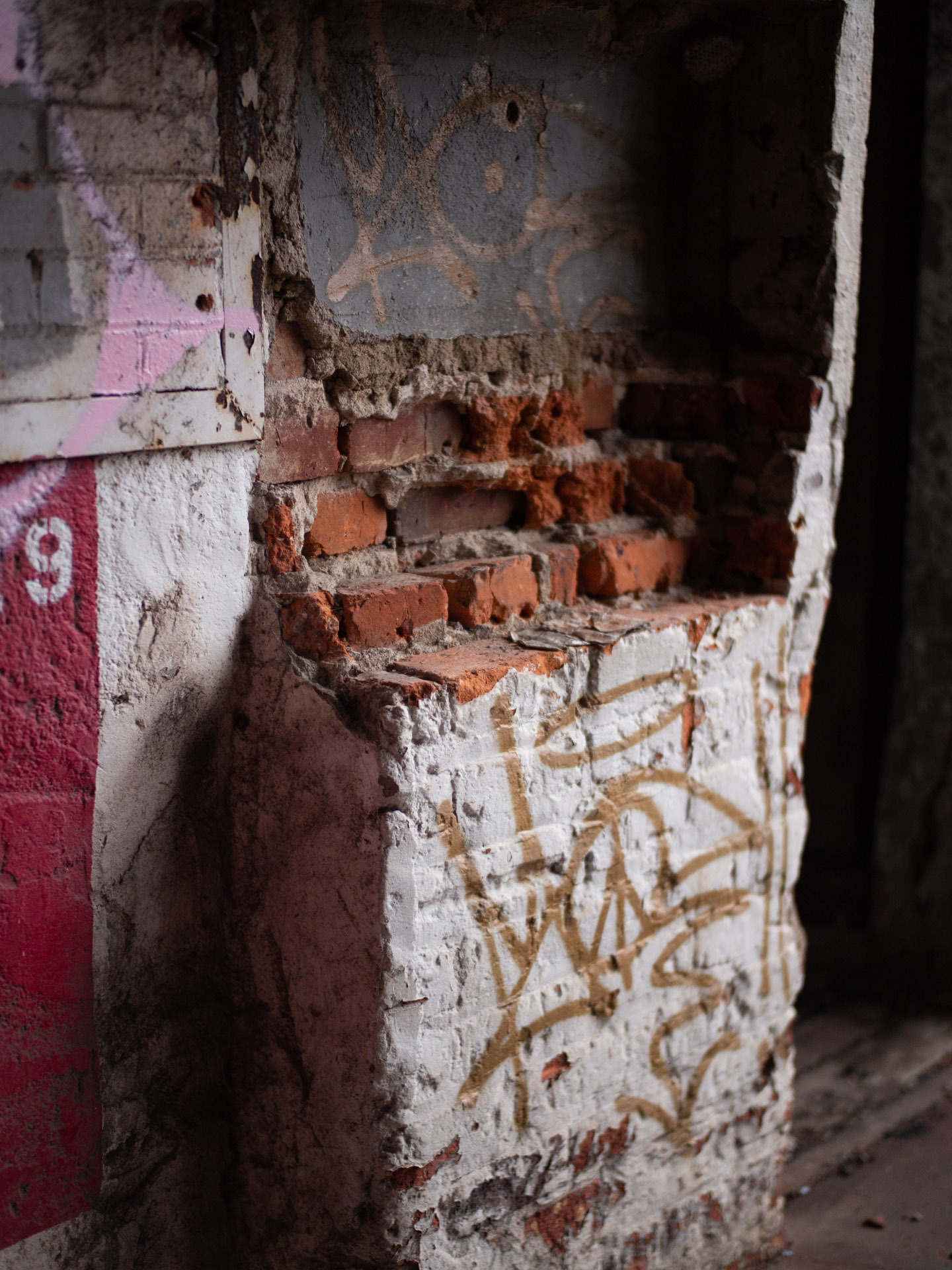 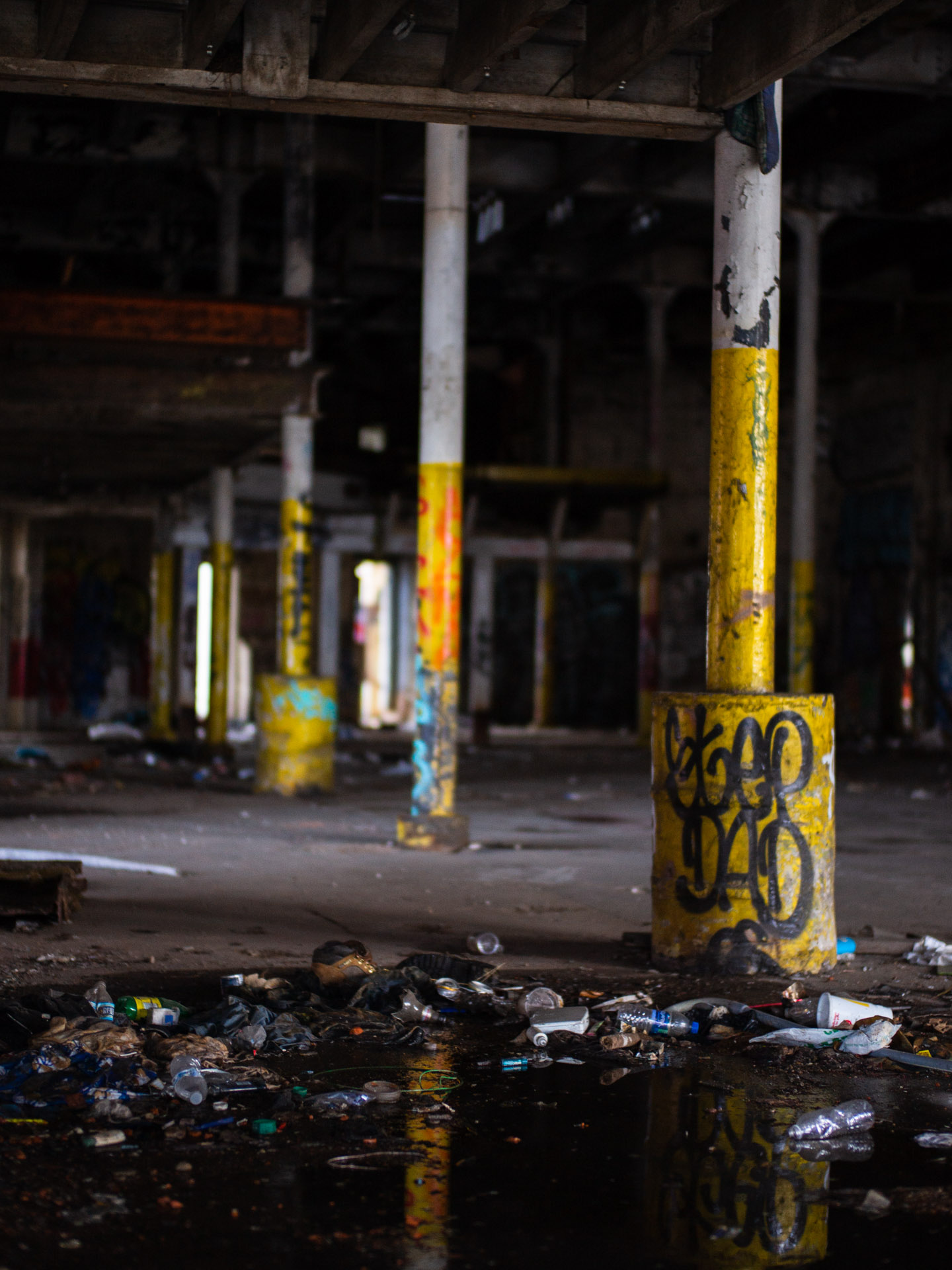 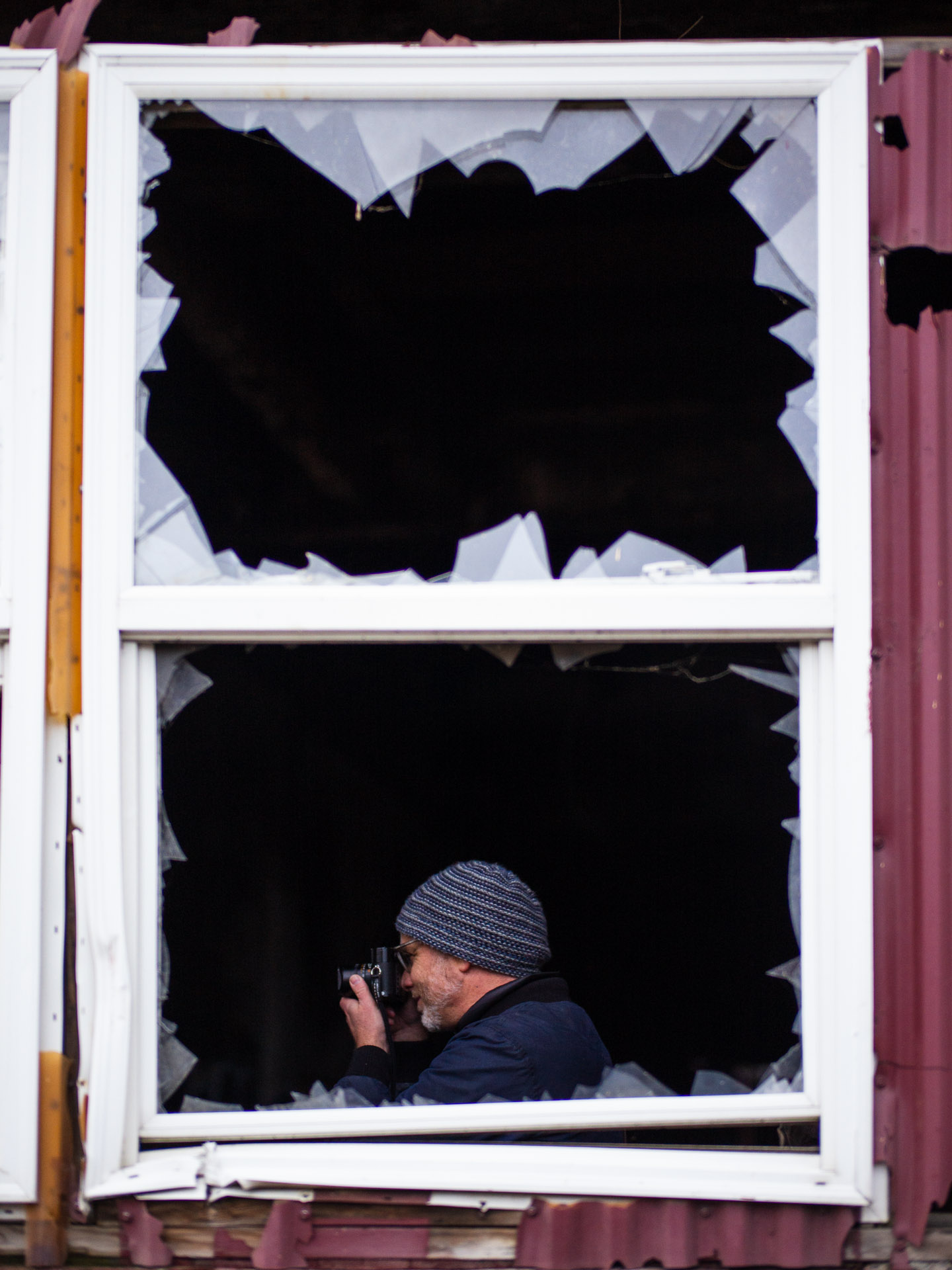 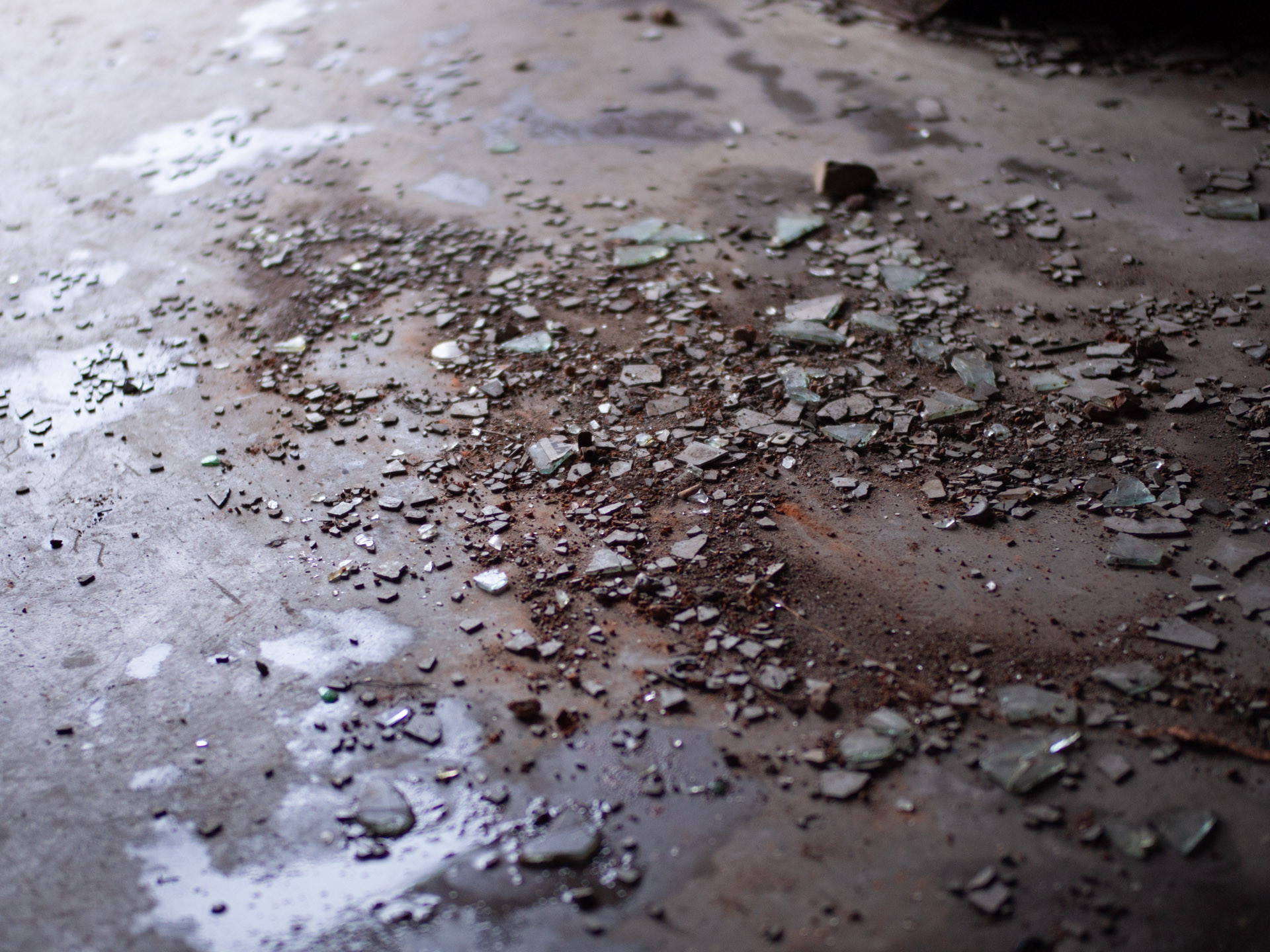 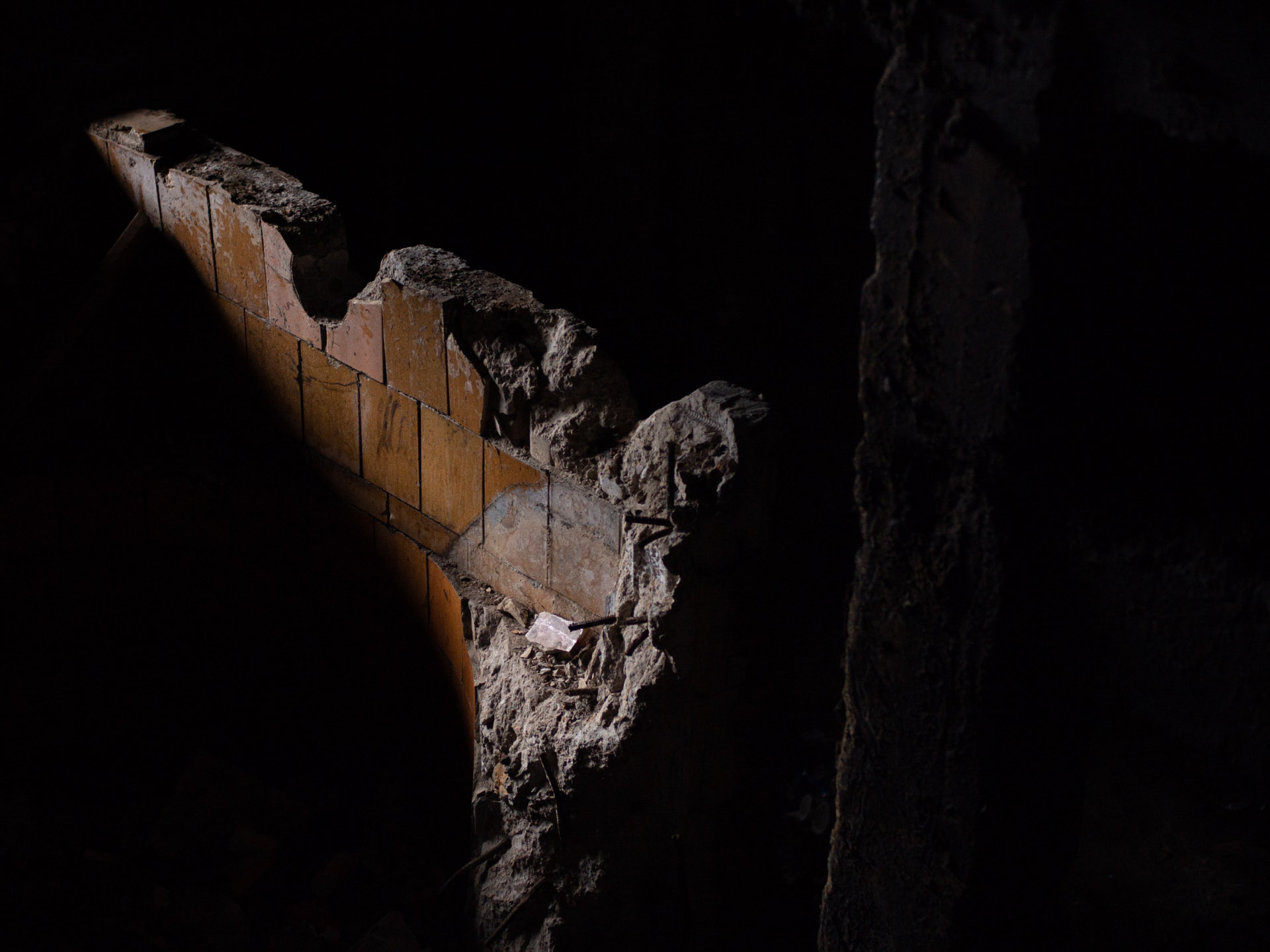 Sadly, the factory didn’t stand much longer after that day, as it was razed to make way for another hulking apartment building overlooking the river. There aren’t many places like this left in Richmond, and we were glad to have experienced it before it was gone.